If this doesn't somehow work it's way into the Pax Britannian milieu then I'm not doing my job properly. 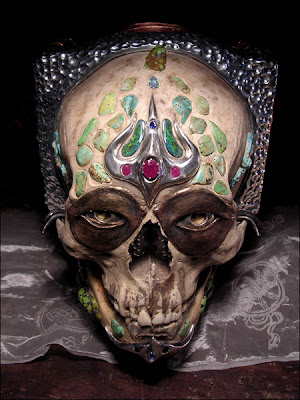 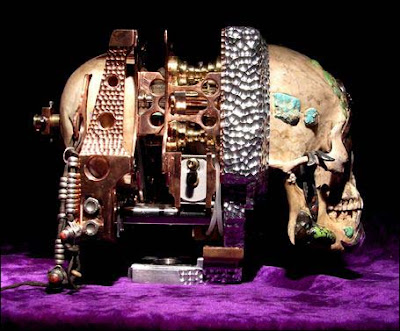 To put it simply, I want one!
Posted by Jonathan Green at 12:11 pm No comments: 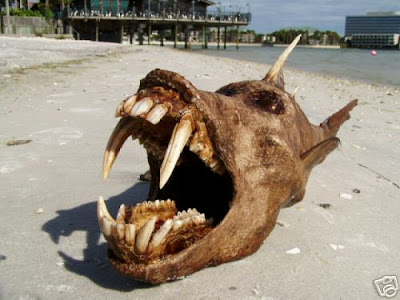 And if you enjoyed the post-modernist Frankenstein-isms of Human Nature, check this out...
Posted by Jonathan Green at 11:10 am No comments: 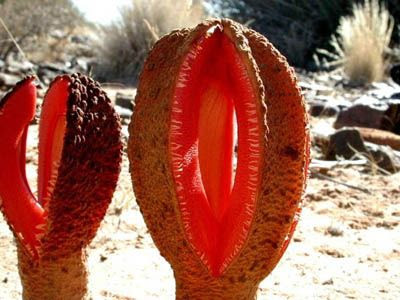 And if you liked the novella Fruiting Bodies that appeared in the back of Al Ewing's El Sombra, then you'll probably appreciate these too...
Posted by Jonathan Green at 9:56 am No comments: 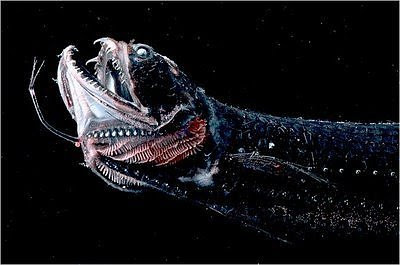 If you enjoyed the undersea shenanigans of Leviathan Rising, with its plethora of submarine monsters, then you'll like these...
Posted by Jonathan Green at 9:46 am No comments:

Have you enjoyed the Pax Britannia novels published by Abaddon Books? Do you appreciate dipping into the latest El Sombra or Ulysses Quicksilver adventure? Have you ever thought, "I wish there was a group that I could join to show my appreciation of all things Pax Britannian?"

Well, thanks to the sterling efforts of Adam Sparshott, there is now a Pax Britannia Appreciation Society that you can join on Facebook. Simply follow this link to find out more.

Posted by Jonathan Green at 1:02 pm No comments:

Here's hoping that Father Christmas brought you everything you hoped for and that you and yours have a happy and memorable Christmas.

Wishing you a
MERRY CHRISTMAS
and a
HAPPY NEW YEAR!

Jonathan Green
And, in case you missed the post earlier in the week, here's a present from me.
Posted by Jonathan Green at 9:51 am 1 comment: 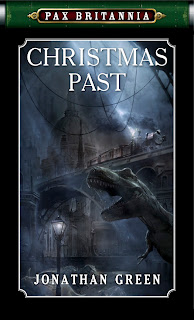 Glad tidings I bring, to you and your kin...

Those very generous people at Abaddon Books have a seasonal gift for all eBook readers this year - a FREE Pax Britannia short story, by me, entitled Christmas Past. This special edition also has a couple of extras tucked away inside, including news of some upcoming titles.

Go to www.abaddonbooks.com/download and you can be the proud owner of a little seasonal madness from the world of Ulysses Quicksilver and Pax Britannia too!

Yo, ho, ho! Merry Christmas!
Posted by Jonathan Green at 2:41 pm No comments: 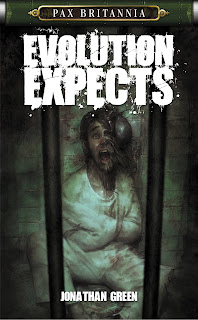 As the title of this post says, there's a new review of Evolution Expects, this time from Mass Movement magazine.

The bits I like are 'Part James Bond, part Indiana Jones, and part David Dickinson (yeah, seriously!)' and 'there are several neat set-pieces that would translate well to celluloid if anyone ever mustered a budget to try and recreate this in Hollywood, namely a show-down with clockwork spiders in an underground bottling plant and the destruction of a giant weather station hovering over Smog-smothered Londinium Maximum' and 'the series is quite addictive, in a cheap ‘n’ cheerful potboiler kinda way'.

You can read it for yourself here.
Posted by Jonathan Green at 5:05 pm No comments:

How cool is this? 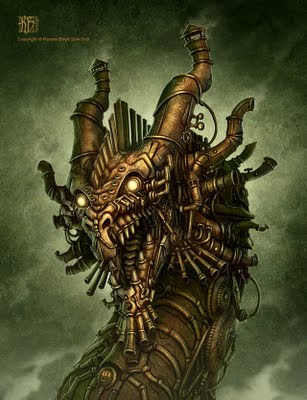 Maybe I could include something like this with the Chinese in the world of Pax Britannia...

Anyway, if you'd like to buy a copy of this print, click here.
Posted by Jonathan Green at 8:26 pm No comments:

Like many people, I suspect, I felt that I knew the story of Alice in Wonderland even though I had never actually read Lewis Carroll's children's classic. And because of that I decided I wanted to write a story that drew heavily from both Alice in Wonderland and Alice Through the Looking-Glass. But first of all I decided that I had to read the originals before putting pen to paper myself (or rather fingers to keyboard). 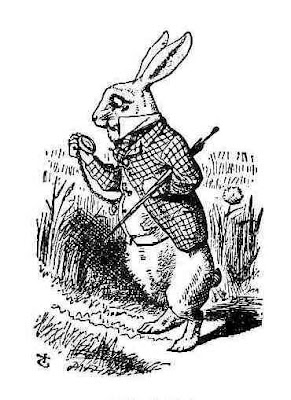 Anyway, the upshot of all this is that today I started work on White Rabbit, a short story that's due to be printed in the back of Pax Britannia: Blood Royal. Now Tim Burton's Alice in Wonderland is due on 5 March 2010 and Blood Royal won't be published until April 2010, so it will be interesting to see how the two compare. 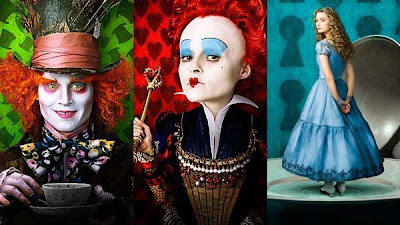 But just to get your senses in a state of surreal excitement, in preparation for next Spring, here's the trailer for the movie.
Posted by Jonathan Green at 2:45 pm No comments:

Abaddon Books, the publishers of my Pax Britannia series of books, have made an exciting announcement today regarding a festive treat they've got planned for their loyal readers this Christmas. Check out their news blog here for more details. 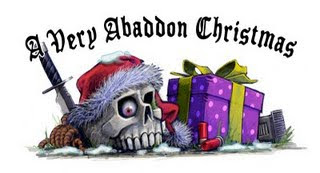 Posted by Jonathan Green at 8:49 pm No comments:

Sherlock Holmes vs the Undead

What more could any discerning fan of the Pax Britannia and Tomes of the Dead series from Abaddon Books ask for? Unfortunately it wasn't my idea, but kudos to ace comics scribe Ian Edginton who has scripted the strip for Wildstorm. 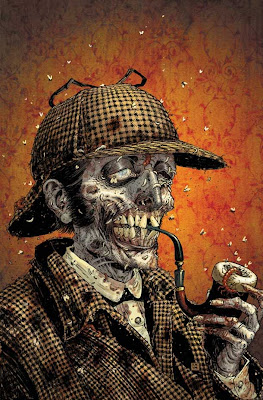 To find out what happens when the world's number one consulting detective comes up against the brain-munching hordes of the Zombiepocalypse, click here. 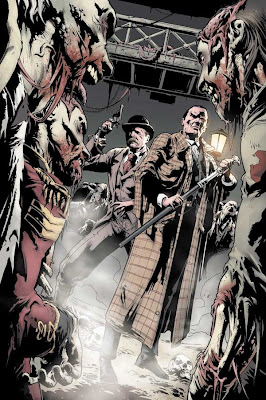 Have to say, I'm loving this cover by Simon Coleby. It is one of my dreams to one day write a comic strip that he then illustrates.
Posted by Jonathan Green at 8:20 pm No comments:

Unnatural History - SFcrowsnest's 16th most popular book of the year! 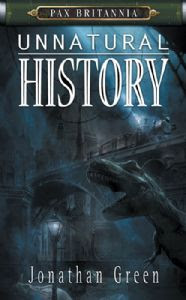 I'm feeling rather pleased with myself right now, to be honest. The reason is I found out today that Unnatural History (the very first Pax Britannia adventure, starring dandy action hero Ulysses Quicksilver) is at number 16 in SFcrowsnest's top 100 Fantasy, Horror and Science Fiction Books of 2009, as voted for by SFcrowsnest.com's readers.

(In case you don't know, SFcrowsnest is author Stephen Hunt's popular online SF, Fantasy and Horror magazine, which polls its readers every year to assemble a "top 100" books list.)

And in at number 34 was Al Ewing's El Sombra, so well done that man too! And if you enjoyed El Sombra, you'll be pleased to here that the sequel - Blood and Thunder - will be out next year!

Bizarrely Unnatural History and the Pax Britannia series were launched at Alf.Fiction in Derby a couple of years ago. And Stephen Hunt was also there promoting The Court of the Air. It really is, as they say, a small world... 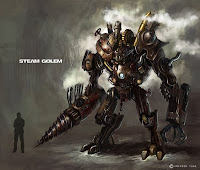 Oh and I'm also feeling chuffed because Emerson (a.k.a. Zeo-X) Tung's rendition of the Steam Golem from Stormslayer has made it into Design Your Way's Best collection of robots illustrations. So champagne all round, I feel! Don't you?
Posted by Jonathan Green at 8:22 pm 2 comments:

Pax Britannia on your eReader

You can now pick up all of my Pax Britannia books for your eReader. To find out more click here. 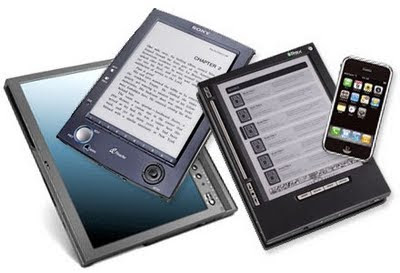 One of the most gratifying things about this news item is Andy Severn's comment about the third Ulysses Quicksilver adventure: "I’ve just finished reading the BRILLIANT Pax Britannia book Human Nature..."

Gotta be happy with that!
Posted by Jonathan Green at 3:26 pm No comments:

For various reasons (including Abaddon Books getting a new book distributor and possibly also because I just finished the final version of the manuscript today), the next Ulysses Quicksilver Pax Britannia adventure, Blood Royal, will not now appear in the shops until April 2010, but I think you'll find it's going to have been worth the wait. 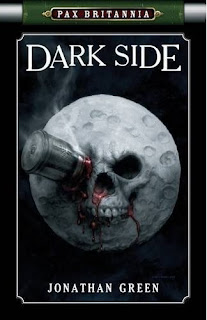 For one thing, it kicks off a new story arc for the dandy detective which will continue to be developed in next June's Dark Side, in which Quicksilver takes a trip to the Moon - steampunk style! But before then there's vampires, werewolves and clockwork killers to enjoy in Blood Royal, so why not reserve your copy now?
Posted by Jonathan Green at 8:48 pm 1 comment: