Which, in case you don't speak Polish yourself (like me) means Alice's Nightmare in Wonderland. 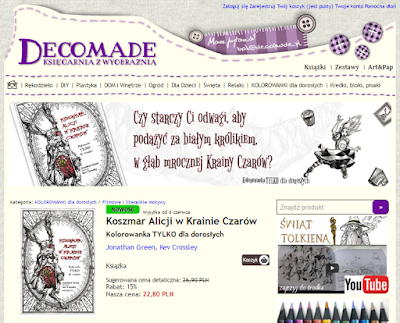 And check out some of the awesome artwork Polish fans of the colouring book phenomenon have produced! 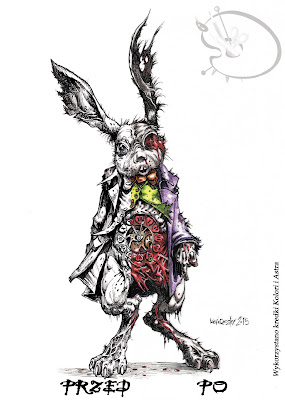 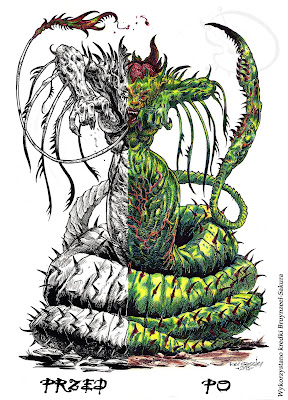 If you have any coloured Alice's Nightmare images you'd like to share, please email me via info@jonathangreenauthor.com.
Posted by Jonathan Green at 2:00 pm No comments:

"And on the sixth day, God created man." 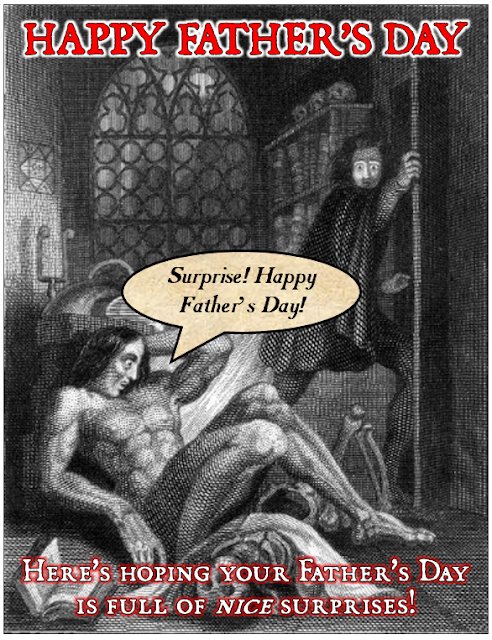 Posted by Jonathan Green at 8:44 am No comments:

Two hundred years ago today, on 17th June 1816, whilst staying on the shores of Lake Geneva during the Year Without A Summer, Mary Wollstonecraft Shelley began writing the ghost story that would become the gothic horror/early SF novel, Frankenstein. 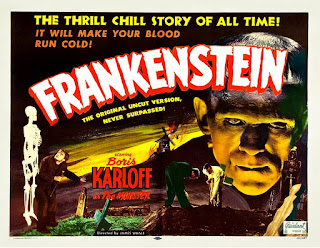 On Monday this week, I was fortunate enough to be attend a lecture given by Professor Sir Christopher Frayling at the Science Museum in London. Entitled 'Frankenstein – From Literature to Myth to Bogeyman of Science', Sir Christopher's lecture detailed the circumstances surrounding the creation of the Shelley's infamous story, its influences, and its legacy, separating that which is Shelley's from that which is Hollywood's. (For example, did you know that Shelley makes no reference in the novel to how Frankenstein actually brings the Creature to life?)

Sir Christopher also highlighted one throwaway line from the novel which could well explain why the Creature is eight feet tall, and has given me an idea for a new short story. 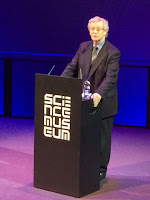 The lecture, which featured extracts from Sir Christopher's TV documentary 'Nightmare: The Birth of Horror' as well as the nightmare fuel that are the automata of Neuchâtel in Switzerland, along with references to Fritz Lang's Metropolis, was followed by a round table discussion with the anatomist and top BBC presenter Professor Alice Roberts, the lead curator of the Science Museum's forthcoming Robots exhibition Ben Russell, and the journalist, film critic, and fiction writer, Kim Newman. 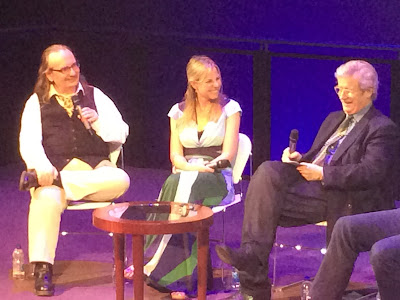 The panel also threw up some fascinating ideas and story hooks, and we learned that if Frankenstein were to attempt to create a living being today, it would be 3D printed as a collagen framework which would then being colonised by stem cells, with a tiny computer taking the place of an organic brain.

However, as fascinating as the evening was, the highlight for me came at the end when both Professor Sir Christopher Frayling and Professor Alice Roberts, graciously accepted copies of my Pax Britannia novel Anno Frankenstein - my own sort-of-sequel to Shelley's original masterpiece*, which even prompted the following mention on Twitter:

Now, just imagine what a cover quote from Sir Christopher Frayling or Professor Alice Roberts would do for sales of the novel... 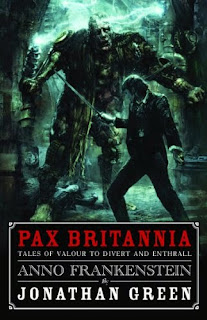 Last weekend I was one of the authors invited to take part in the second Tiverton Literacy Festival - a.k.a. TivLitFest. 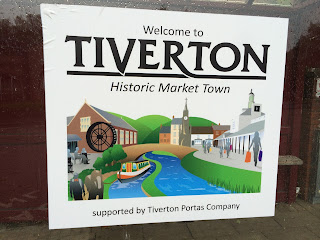 The event began for me on the Saturday with the Book Fair, during the course of which I ran into the Hatter, which was rather appropriate considering I was selling Alice's Nightmare in Wonderland, as well as my Pax Britannia books. 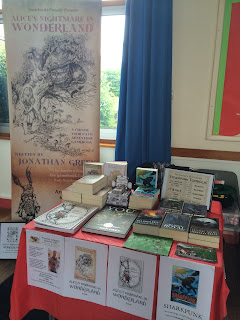 While at the Book Fair I also met up with the Circle of Spears crew, who will be producing the audiobook version of SHARKPUNK. 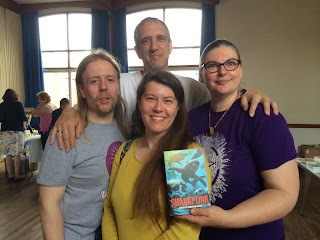 In the evening, I attended a talk given by authors Jenny Kane and Laura Wilkinson about the different ways to get published 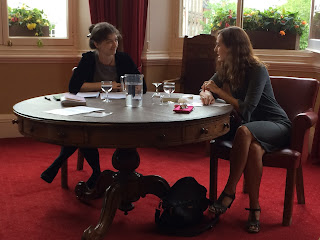 And then on the Sunday, I gave a talk about my own work, specifically writing tie-in fiction and adventure gamebooks, an event which also closed this year's TivLitFest. 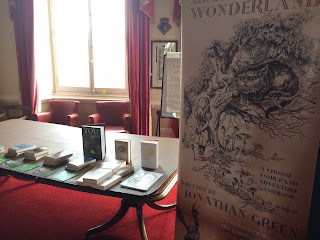 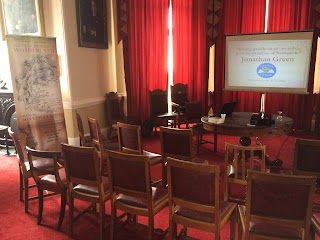 A huge thank you to all of the organisers, specifically Jenny Kane, Kerstin Muggeridge and Sue Griggs, as well as Naomi De Vries, for inviting me, for making me feel so welcome, and for the kind gift as well. And of course an equally huge thank you to everyone who came along to my talk or bought one of my books during the course of the weekend. 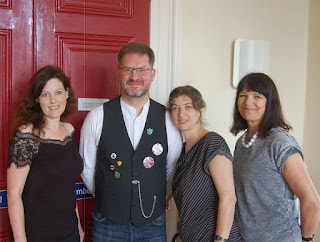 Kerstin, Yours Truly, Jenny and Sue.