A Shadow Over Innsmouth - The Musical

Check out this video of a musical version of H.P Lovecraft's classic story "The Shadow Over Innsmouth", set to a song composed by The H.P Lovecraft Historical Society.

Posted by Jonathan Green at 9:55 am No comments:

Heston Blumenthal is on a mission to use myth, science and history to create the greatest feasts ever known, and he's starting with the Victorians. 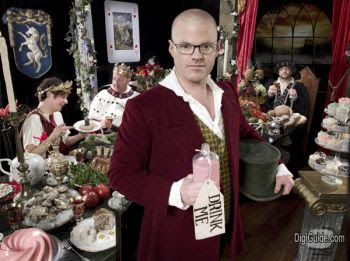 The Victorian age was filled to the brim with invention, madness and imagination, and food was often grandiose, naughty and surreal. Heston takes his inspiration from Alice in Wonderland, the quintessential Victorian novel, to create his ultimate version of the Mad Hatter's tea party for celebrity diners.
His first challenge is to turn a fictional drink - the potion that shrunk Alice and contained flavours of toffee, hot buttered toast, custard, cherry tart and turkey - into a real, enjoyable aperitif.
Turtle soup was the ultimate luxury for the Victorian elite and the meat incredibly hard to get hold of. It even appeared on Queen Victoria's jubilee menu. Heston goes turtle hunting in New Jersey, where they still eat "snappers". But turtle meat has a very unusual texture and is expensive so mock turtle soups were invented. Inspired by the Alice in Wonderland mock turtle and the Mad Hatter dipping his fob watch in a cup of tea, Heston comes up with an alternative entrée: a Mad Hatter's mock turtle broth tea bag. 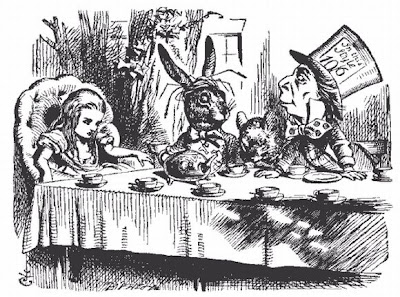 For his main course, Heston creates an entirely edible garden, featuring black olive soil, pebble stone potatoes and deep fried insects.
Absinthe was one of the Victorians' most popular vices, with an alcohol content of up to 85%, so Heston creates a giant absinthe flavoured jelly cone to serve with ice cream.
If you're a fan of steampunk, the Victorian era or food in any form, if the trailer is anything to go by, you should watch this programme. It is showing on Tuesday 3 March on Channel 4 at 9:00pm.
Posted by Jonathan Green at 9:35 am No comments:

I keep banding the term 'steampunk' but it occurred to me that perhaps not everybody who visits this blog will know what that means. I know half my friends don't when I try to explain to them what I'm working on at the moment.
The piece reproduced below actually appeared in the Winter 2008 edition of DeathRay magazine and explains it very well. It also provides a bit of history lesson, so even if you know what the term means already, read this and you'll understand where it originates from too. 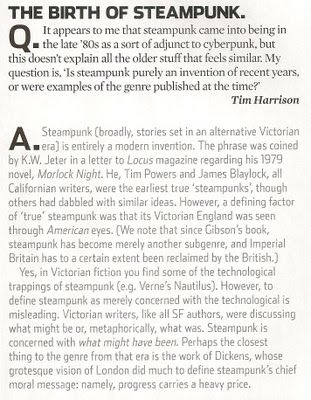 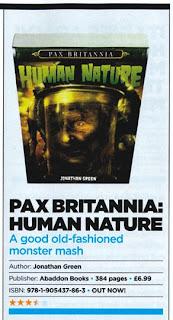 The reviews of Human Nature are starting to come in now. Following on from the one that appeared in Death Ray magazine, there's one in this month's SFX magazine and on Graeme's Fantasy Book Review.

I particularly like the line in the SFX review which says, 'As usual, author Jonathan Green gets mileage out of his monsters, with big action set-pieces that read like Things We'd Like to See in a rip-roaring summer movie if the creature effects were good enough.'

If you'd like to read the whole review for yourself, you need to pick up a copy of the March 2009 edition. 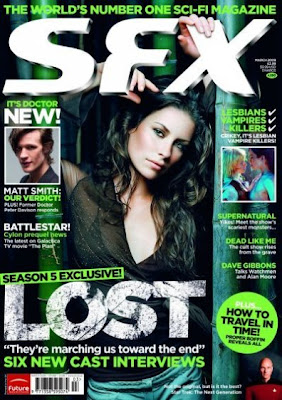 If you've not seen this already, you're in for a treat. Classic sci-fi as it might have been done 100 years ago by George Melies.

More news from Abaddon Books regarding the first releases from Rebellion's publishing imprint for 2009. Two Pax Britannia novels get a mention, Human Nature (which is out now) and Evolution Expects (due in May). Read all about it here.
Posted by Jonathan Green at 12:08 pm 1 comment:

Ones to watch tonight

Anyone interested in the Pax Britannia setting, and associated milieu, could do a lot worse than check out two programmes on TV tonight. Unfortunately they're both on at 9.00pm, so you'll need to record one or watch it later on iPlayer. They are...

London 2008. A series of bloody, tragic and impossible crimes suggest someone is carrying out copycat Jack the Ripper murders 120 years after the killer first struck. The clock is ticking as the case turns into a hunt for an old adversary, with three unlikely heroes at the centre of it all.

Darwin's Struggle: The Evolution of the Origin of Species

For 20 years after his return from the Galapagos Islands, Charles Darwin observed all manner of life around him in Kent, including his own children, testing his ideas about evolution. This fine documentary tells Darwin's moving story.
Posted by Jonathan Green at 11:55 am 1 comment: