A new review of Pax Britannia: Human Nature found its way into my email inbox the other day, from the British Fantasy Society. And very happy I was to receive it too...

Human Nature is rip roaring fun from cover to cover. The second in the Ulysses Quicksilver novels set in the world Magna Britannia, where Britain rules not only the waves but also the world and the stars through its empire and technical know how. Our intrepid hero embarks on a case involving the stealing of the Whitby Mermaid from Cruickshank's Cabinet of Curiosities. Quickly switching the locals from the drinking dens and poverty pits of London's East End to the windswept moors of Yorkshire, this Steampunk novel mixes together Frankenstein and Sherlock Holmes with a soupçon of Jeeves and Wooster a dash of mad German scientist, a pinch of monster hound and the fruit from a beautiful woman to create a heady and yet decadent cocktail. The fop and bounder that is Ulysses is a resourceful and clever character, not too invincible that he becomes boring, riding above the adventure like a dynamic Scarlet Pimpernel whilst his side kick, the dour and yet resourceful man servant Nimrod, acts as the perfect foil. The pace of the novel is break neck, the writing witty and world building well crafted. Included in the novel is an additional Christmas short story, which adds rather than distracts from the main novel.
Posted by Jonathan Green at 10:54 pm No comments:

If you're a regular reader of this blog, then you're probably already a fan of the Pax Britannia series. But if you're a newbie and you still need convincing, then you could do worse than check out this very pleasing review by Gareth Wilson of Falcata Times.

Posted by Jonathan Green at 11:50 am No comments: 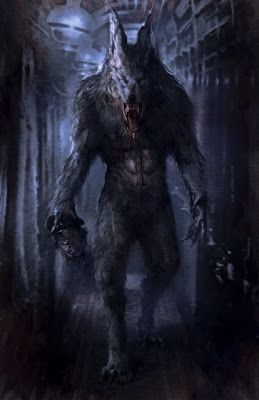 The sixth book in the Pax Britannia line, and the fifth to feature dandy Hero of the Empire Ulysses Quicksilver, has been announced on the Abaddon Books website.

It's entitled Blood Royal and is the first in a new proposed four book story arc, Evolution Expects having tied up much of the Galapagos legacy that began with Unnatural History.

Here's the blurb from the back of the book.

Magna Britannia bestrides the globe and the solar system beyond like a colossus. Yet its capital, Londinium Maximum, still flounders in the aftermath of the unprecedented catastrophe that has so recently befallen it.

St Paul's Cathedral entertains a new congregation, one driven by its own unholy creed, while a coldly clinical killer is carving a name for himself across the city, a name that has been whispered upon the streets of Whitechapel for over a hundred years. Further afield, in the wolf-haunted heartlands of Europe, the spectre of war rears its ugly head. And at the centre of all this death and destruction stands a seemingly innocent child.

Ulysses Quicksilver, heroic figurehead for a beleaguered nation, is about to find himself thrown into the thick of things, as the royal families of Europe prepare for a conflict the like of which the world has never seen, and the consequences of one insane holy man's actions become painfully apparent. With the way ahead unclear, one thing is certain: the world, and Ulysses Quicksilver, will never be the same again.

Blood Royal is due to be published in the UK this December, and in the US in February 2010.
Posted by Jonathan Green at 11:23 am No comments: