Ulysses Quicksilver and the mystery of the Fortean premonition

I was in central London on Friday to promote Match Wits with the Kids but managed to make time to visit my favourite store - Forbidden Planet.

Whilst there (as well as checking whether they had any of my books in - which they did) I picked up a copy of Fortean Times (a magazine I dip into from time to time). To my amazement, right there, slap bang on the cover, was mention of two things that I am combining in my next Pax Britannia adventure (that being the one after Human Nature, which I'm writing at the moment). What are the chances of that? Obviously Ulysses Quicksilver and the Denver Space Cadets meet the Earliest Americans was meant to be!
Posted by Jonathan Green at 11:54 am No comments:

As any regular (or even intermittent) reader of this blog will know by now, I am currently writing the fourth novel in the Pax Britannia line, entitled Human Nature.

However, I am also plotting out the next novel after that. As you can see from the attached photograph I am going through my copious notes as I compose the novel synopsis. 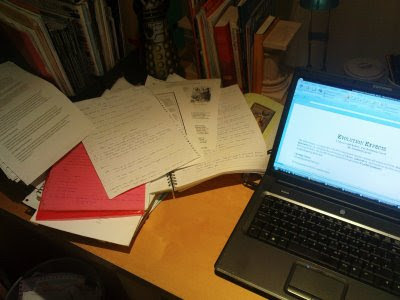 I always find this a challenging yet exciting stage in the novel-writing process, challenging (and at times infuriating) as I struggle to fit all of my ideas into something that is in any way recognisable as a comprehensible plot, and exciting... for pretty much the same reason.
It's so satisfying when, as Hannibal Smith from the A-Team would say, 'a plan comes together' and I discover what's going to happen next myself. Then I get excited all over again at the prospect of extracting these ideas and situations that my imagination has created and revealing them piece by piece through the course of the novel.
The sharp-eyed amongst you may also get an inkling as to what the next book (due in 2009) is going to be about...
Posted by Jonathan Green at 10:42 pm No comments: 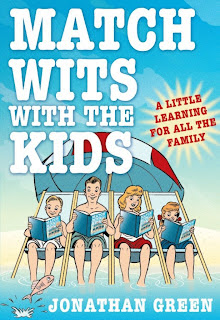 How would you like to have a copy of Match Wits with the Kids, signed by the author... and for free?

Well, if you would, then make sure you're outside the Department for Children, Schools and Families (Sanctuary Buildings, Great Smith Street, London, SW1P 3BT) between 8.00am and 10.00am this Friday 18 July 2008.
Icon Books are going to be giving away 500 free copies of Match Wits with the Kids and I'll be there to sign them as well. All those involved in the giveaway will be wearing Match Wits t-shirts and will be happy to explain why this is the most important book of the summer.
Match Wits with the Kids - a little learning for all the family!
Posted by Jonathan Green at 10:26 pm No comments:

Tomorrow morning, Sunday 13 July (in case you're reading this any time other than Saturday night) I am going to be on the Sunday Schedule, with Lesley Joseph and Roland Rivron, on BBC London radio 94.9FM.

If you're able to, why not tune in at around 10.30am to hear about, not only Match Wits with the Kids, but also an event linked to the book that will be taking place in central London this coming Tuesday. You really don't want to miss this!
Posted by Jonathan Green at 10:30 pm No comments: 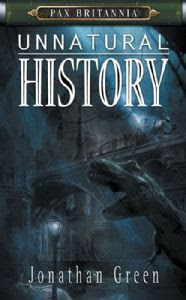 Angela Schuch (a.k.a. SciFiChick) has posted a review of Unnatural History (the first Pax Britannia adventure and the dandy Ulysses Quicksilver's first outing) on her website - and very complimentary she is too. To read more for yourself click here.
Posted by Jonathan Green at 11:36 am No comments:

Over at Abaddon Books blog, editor Jonathan Oliver has posted an update regarding the delights that are soon to be forthcoming from Abaddon Books over the next few months. Al Ewing's I, Zombie gets a mention, as does Rebecca Levene's Anno Mortis. And then there's something called Human Nature, whatever that is. ;-)
Posted by Jonathan Green at 8:55 am No comments: 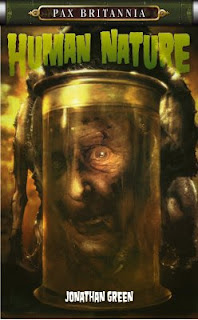 My next Pax Britannia novel Human Nature is now up on the front page of Abaddon Books website, along with a detailed blurb giving fans of the Pax Britannia series an idea of what to expect come December.

The Whitby Mermaid, prize exhibit of Cruickshanks’ Cabinet of Curiosities, has been stolen. But have no fear; consulting detective Gabriel Wraith is on the case. And he’s not the only one, for wherever there is a mystery to be solved, Ulysses Quicksilver is never very far away. What does the theft of what would appear to be a poorly-conceived fake have to do with the mysterious House of Monkeys? And what of the enigmatic criminal known only as the Magpie?
When Ulysses probes further into the case, he finds himself embarking upon an adventure that will take him to the industrially-polluted North of England and the fishing town where the curious creature was supposedly caught. But there are worse things awaiting him there than mermaids. The moors of Ghestdale are haunted by the savage Barghest beast, while in the abandoned mines beneath the Umbridge estate, impossible abominations lurk in the darkness, waiting. And yet Ulysses Quicksilver is about to discover that the worst horrors are those spawned by Man’s own selfish nature. Trapped within the very heart of darkness, with his body and sanity threatened, can he escape a fate worse than death with both still intact before one man’s insane quest for immortality comes to fruition?
To reserve your copy now, follow the link my own webstore at the top of the sidebar.
Posted by Jonathan Green at 2:41 pm No comments: 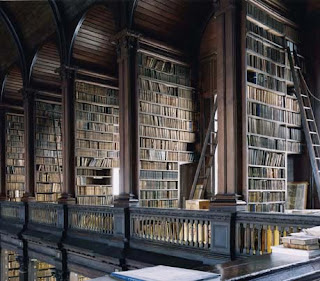 I have recently created my own online store, with the aid of Amazon Associates, so if you would like to purchase any of the books written by myself simply follow the link at the top of the sidebar, or click here.
Posted by Jonathan Green at 1:25 pm No comments:

Anybody who has picked up an Abaddon Books publication or checked out their website will have probably seen this quote from Clive Barker already:

Well fans of the renowned horror and fantasy writer may be interested to read what he has to say about the art of fantasy here.
Posted by Jonathan Green at 9:58 pm No comments:

Today I am pleased to unveil the cover for my next Pax Britannia adventure Human Nature, which is out this December from Abaddon Books. 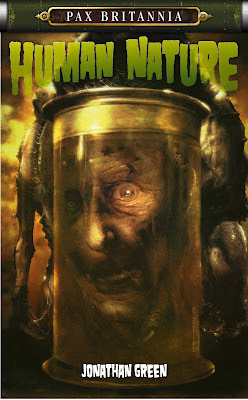 Cover artist Mark Harrison has done a sterling job once again and, as a result, the cover conveys the Cthulhu-esque horror at the heart of the story whilst not giving too much away. I know that they say you shouldn't judge a book by it's cover but you can in this case you can; it's horror, horror, horror all the way.

Oh, and there's a great big gribbly beastie's in there too.
Posted by Jonathan Green at 12:09 pm No comments: