Do you feel scared yet?

I know I do, looking at this awesomely creepy caricature of myself by Nick Gucker. (I'm the one in the middle by the way.)

As you can see, I shall be joining Joeseph D'Lacey for the launch of his new book Blood Fugue, along with Pat Cadigan. M'Abaddon colleague and ward-winning author Jasper Bark will be interviewing. Start time is 6.00pm on Friday 16 November and you need to confirm how many places you would like (if you want to attend) by emailing events.london@blackwell.co.uk.

I think I'm there because of the reputation my Pax Britannia books have for being quite horrific in places, but of course I also have a growing number of horror short stories in my published bibliography and my next novel could definitely be termed as horror. 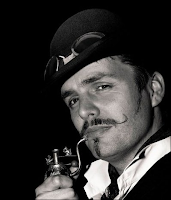 Kit Cox (author of How to Bag a Jabberwock) recently reviewed my sixth Pax Britannia novel Dark Side. Here's what he had to say about the book:

"Just finished book six of Jonathan Green's Pax Britannia series Dark Side and can only say that once again I'm hugely impressed. A lovely bit of modern pulp sci-fi fiction, with Nazis, the Moon, murder, sexy girls and big robots. If you're not reading this series I recommend it. So glad I already have book seven to go straight into."
You can pick up your own copy of Dark Side here.
Posted by Jonathan Green at 12:00 am No comments:

Did you know that today (18 October 2012) marked the 161st anniversary of the first publication of the great American novel Moby Dick, here in Britain in 1851? Google marked the occasion as only Google knows how.

Now how's this for a coincidence? I received an email today from Scott Harrison, editor of Resurrection Engines, telling me that the book will be released on 1 December and to start pimping the book on my blog and elsewhere. 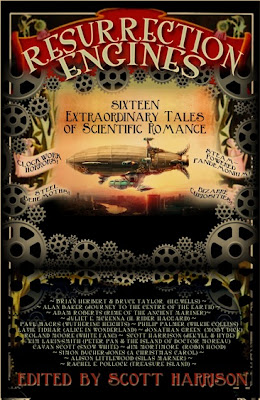 Resurrection Engines is a steampunk anthology, published by Snowbooks, that features 16 brand new stories from some of the most exciting names writing in genre fiction today, that reimagine or retell classic works of literary fiction in a steampunk stylee. And guess what... my story is a reimagining of Moby Dick.

You couldn't make it up, you really couldn't... 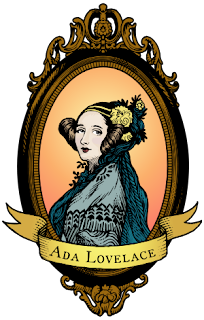 Today is Ada Lovelace Day, an annual event the goal of which is to raise the profile of women in science, technology, engineering and maths. You can find out more about Ada Lovelace Day (and Ada Lovelace herself) here.
Posted by Jonathan Green at 12:00 am No comments:

A Short History of Abaddon Books 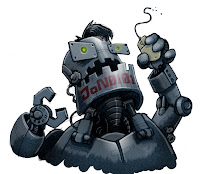 My editor Jonathan Oliver has written a very interesting piece for Armed With Pens (the go-to resource for writers and editors) about the history of Abaddon Books, publishers of the Pax Britannia series of steampunk novels.

I get a mention.

You can read it for yourself here.
Posted by Jonathan Green at 12:00 am No comments:

Have your name immortalised in print! 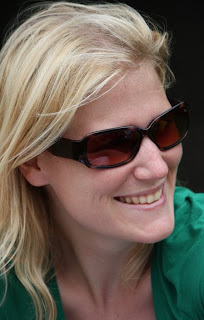 On Sunday my sister-in-law, Katie Riseley, is undertaking her first Ultra Marathon, running 50km to raise money for Scope and the Royal Parks Foundation. As of this morning, she is £120 shy of her target of £750.

On average, 130 of you visit my blog every day (although yesterday that number was nearer 300). I have 695 followers on Twitter and 866 friends on Facebook. That means that if every one of you sponsored Katie £1 she would easily reach her target and in all likelihood exceed it.

Now I know there's no such thing as a free lunch, so anyone who sponsors Katie here, via her Virgin Money Giving page, citing the phrase 'Jon Green sent me' will have their name put into a hat. (An actual hat, mind; not a metaphorical one.)

After the marathon on Sunday I will ask Katie to draw a name from said hat, and that person will then be immortalised in one of my stories. I can't promise which story that will be at the moment, nor the role you will play, but it will happen. (After all, it's happened before. Twice. If not three times, in fact.)

So go here and pledge your support. And I'll see you again after the weekend. Good luck!


I had some badges made for Weekend at the Asylum and they proved so popular I've decided to put them up for sale on eBay. There are three sets on offer. 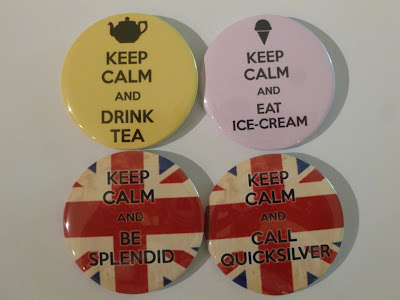 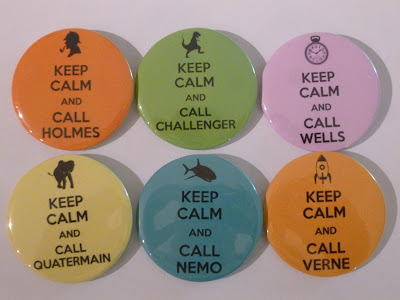 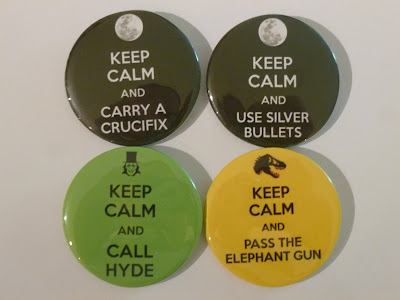 So if you were unable to attend Weekend at the Asylum (or missed me) you can pick up your own steampunk badges today! Don't delay! Simply click the appropriate image above to be taken to the correct eBay listing. 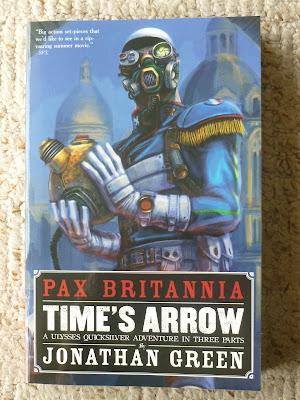 It might not be officially released until this November, but I now have in my possession a print copy of Pax Britannia: Time's Arrow - and very pleased with it I am too.

From Pye Parr's stunning cover (that simply screams steampunk) to the fabulous quotes from SFX magazine, Graeme's Fantasy Book Review and Pornokitsch, I'm really pleased with what the team at Abaddon Books and myself have achieved. There's even some bonus content in the form of an Author's Note and my SFX interview reproduced in full. 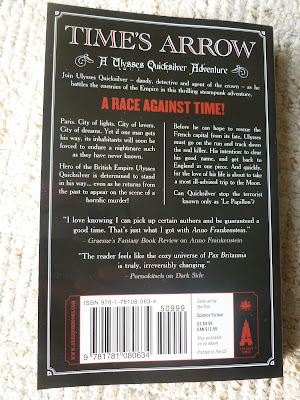 "The reader feels like the cozy universe of Pax Britannia is truly, irreversibly changing."

If you've not read the story in digital form yet, and you're a fan of the series, I can't wait to hear what you make of the epilogue!

Roll on November!
Posted by Jonathan Green at 11:00 am 2 comments: