New to the world of Pax Britannia? Then pick up the first Ulysses Quicksilver adventure Unnatural History for the eReader of your choice for free! 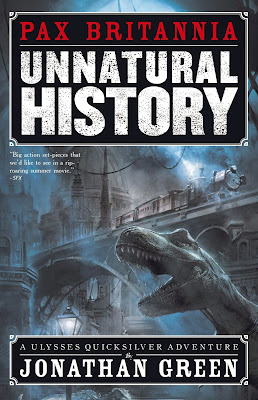 Action and adventure in a new Age of Steam!

In two scant months the nation, and all her colonies, will celebrate 160 years of Queen Victoria's glorious reign. But all is not well at the heart of the empire. It begins with a break-in at the Natural History Museum. A night watchman is murdered. An eminent Professor of Evolutionary Biology goes missing. Then a catastrophic Overground rail-crash unleashes the dinosaurs of London Zoo.

But how are all these events connected? Is it really the work of crazed revolutionaries? Or are there yet more sinister forces at work? Enter Ulysses Quicksilver - dandy, rogue and agent of the throne. It is up to this dashing soldier of fortune to solve the mystery and uncover the truth before London degenerates into primitive madness and a villainous mastermind brings about the unthinkable. The downfall of the British empire!
Posted by Jonathan Green at 11:32 am No comments: 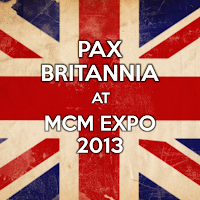 Pax Britannia* will be attending the London MCM Expo this weekend as part of the regular Steampunk contingent.

I will be there, selling my wares, and with my ever popular Steampunk Tombala and Book Lucky Dip in tow too. So if you're around, do stop by the Steampunk stand and say hello**.

(Rumours have it that Archimedes the robot parrot might be attending too.) 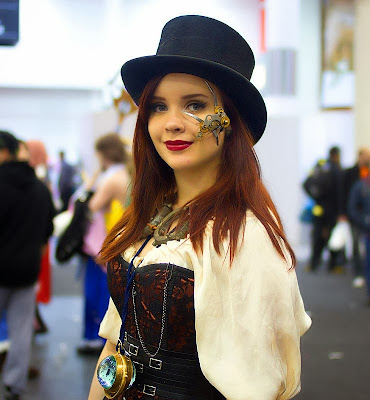 And people ask me why I'm into Steampunk... 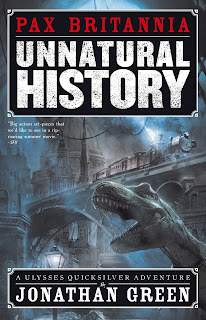 What more do I need to say? It would appear that German readers have taken Ulysses Quicksilver and his exploits into their hearts.

My first steampunk novel has only been out for five minutes in its brand-spanking-new German edition, and yet it has already received three 4 star and two 5 star reviews on Amazon.de which say nice things like this**:

"Exciting! Unnatural History is like a colourful bag in terms of genre, there are some horror elements that make a hair stand on end, but to also enjoy the classic adventure novel, with a wink. In addition, the allusions are gorgeous."

"Pax Britannia is a rather ingenious homage to Pulps. It is a real pleasure to see the many allusions... Whether because dinosaurs are shipped from the Lost World in the London Zoo, the personal physician of Queen Victoria, a certain Doctor Moreau is, it's just funny." 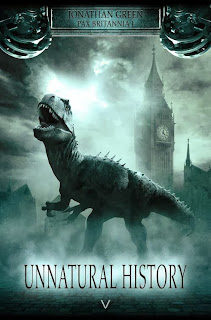 "Quicksilver looks like a cross between James Bond and Indiana Jones and rushes from one action scene to the next, without the story suffering. The novel is a summer blockbuster in book format."

"Steampunk + agent + London seems almost to be a standard for the genre. But the big difference to other novels is the year in which the action takes place. Not the end of the 19th Century, but in 1997. It is a completely different approach."

"The book offers a colourful action-packed story with witty and wacky ideas. I have enjoyed reading it and look forward to continuing with the series."

"Unnatural History is not easily pigeonholed. It is a blend of Steampunk, Thriller, Adventure and Horror, topped with a good sense of humour."***

You can pick up your German edition of Unnatural History here, or the old-fashioned English original as part of The Ulysses Quicksilver Omnibus Vol. 1 here.


* Which is ironic when you consider what happens later on in the series...

** At least that's what Google Translate tells me they say.

Posted by Jonathan Green at 10:26 am No comments: 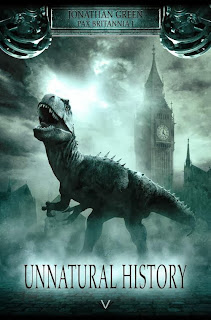 This is the first foreign edition of one of my Pax Britannia books, and the first of all my published titles to be translated into German.**

Despite the fact that it's not supposed to be out yet, the book has already received a number of rave reviews from German-speaking fans.

To order your German edition of Unnatural History, follow this link.

* Who has already expressed an interest in translating Leviathan Rising into German too.

** There was some interest from a French publisher some years back, but he decided the books were just too English for a French market!

Posted by Jonathan Green at 8:30 am No comments: