Are you a proponent of the whole steampunk milieu? Want to appear in an advert? Are you free on Friday 6 May? Then get yourself down to that there Big Smoke. Although you might want to call the number below first. Anyway, here are the details.
ADVERTISER SEEKS STEAMPUNK / VICTORIAN MAKERS AND EXTRAS
AGE – OVER 25
LOCATION – LONDON
Date: 6th MAY from 7am for approx 10-12 hours
FEE: estimated £90 plus reasonable travel expenses (fee may be subject to negotiation depending on what you can offer.)
CONTACT: Jennifer Smith jenny.smith86@gmail.com (office 0207 851 2000 / mobile 07828 401 826).
Jennifer Smith of production company Rattling Stick is seeking Victorian and Steampunk extras for an advert. The product is Tennent’s lager so to fit with legal restrictions on alcohol marketing the extras must be over 25. Also they are looking for people who make or own large impressive steampunk props, particularly steampunk musical instruments. 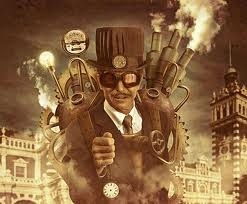 Posted by Jonathan Green at 9:17 am No comments:

Posted by Jonathan Green at 12:23 am No comments:

A while ago* I ran a mini-competition to choose a motto for the Frankenstein Corps, as featured in the imminently-arriving Anno Frankenstein.
Simon Parr's design for the Corps' logo already has a motto (which translates as 'Waste Not, Want Not') but a number of inventive individuals came up with their own suggestions. 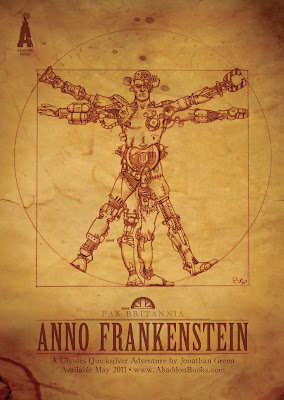 I've now, finally, drawn up a shortlist and I'm giving you a week to vote for the one you like best, via the poll that you'll find at the end of this link. And whoever you choose as the winner will receive the following unique** prize. 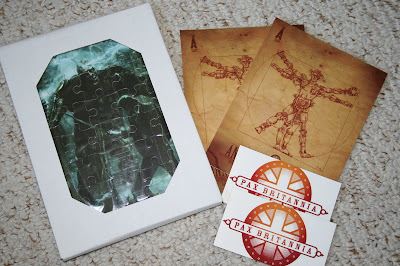 So, click on the caption you like best and on 5 May I'll announce the winner - at long, long last.

* Far too long ago, to be honest.
** And it really is unique. Nobody else is going to be receiving one of these Anno Frankenstein puzzles featuring Mark Harrison's cover artwork.
Posted by Jonathan Green at 4:47 pm No comments:

Born of Science... Born of Madness!*

Just opened up my subscriber copy of Judge Dredd Megazine #310 and stumbled across this... 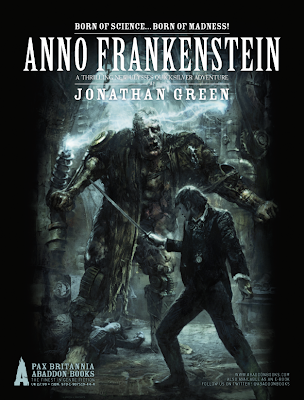 Colour me pleased! And there's not long to go now!
* Now would that refer to the Promethean Remade on the cover? The book itself? Me?
Posted by Jonathan Green at 2:21 pm No comments:

Want to win your very own steampunk Kindle? Then follow this link to the Angry Robot Books website. 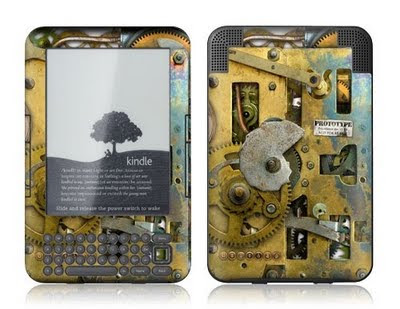 The Pax Britannia series does feature the pantheon of the Cthulhu Mythos (at least not yet) but does have something in common of with the work of H P Lovecraft, and that's that they've both been realised in Lego. 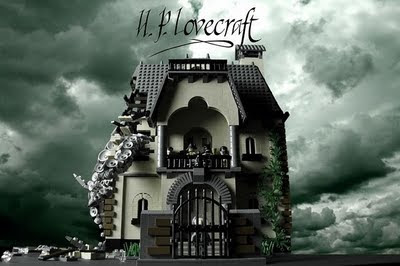 To see more of this masterwork, click here.
Posted by Jonathan Green at 9:16 am No comments: 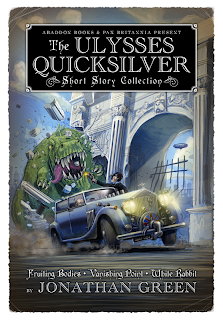 Rumour has been rife on the Internet of late, after I published a series of 'Coming Soon' posts on the Pax Britannia blog, but today I can finally put those rumours to rest.
Coming soon from Abaddon Books is The Ulysses Quicksilver Short Story Collection, featuring a brand new cover by Simon Parr and re-printing three of the finest Ulysses Quicksilver novellas that first appeared in the back of various other books.
First up is the hard-to-find Fruiting Bodies, that originally appeared in Al Ewing's El Sombra. Then there's Vanishing Point, which first appeared in Leviathan Rising and which long time readers of the series will know has been at the centre of the Dark Side/Anno Frankenstein double-header. And then there's White Rabbit, which my editor believes is the best Ulysses short to date (and which was originally published with Blood Royal).
If you've not read the stories before The Ulysses Quicksilver Short Story Collection is worth downloading to your eBook reader of choice, as the stories contained within add a whole other layer to the world of Pax Britannia. 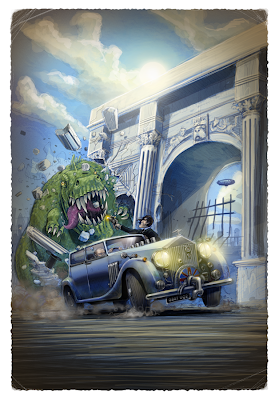 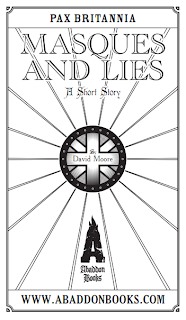 I have to tell you about a brand new original Pax Britannia short story by David Moore that's been produced exclusively for Pornokitsch's V Days of Rome.
Masques and Lies is a cracking read and builds on what both Al Ewing and I have already established in the Pax Britannia setting and may lead on to more like it... who knows?
Anywhere, check it out here and enjoy. This one's on David!
Posted by Jonathan Green at 5:01 pm 4 comments:

Now that sounds like a mash-up worthy of a Pax Britannia adventure!
Posted by Jonathan Green at 11:56 am No comments: 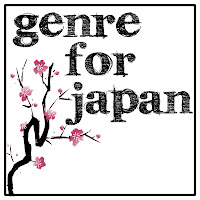 Genre for Japan is now over - and has raised over eleven thousand pounds! This is a fantastic result, and Jenni Hill, Amanda Rutter, Lou Morgan, Rosemary Jane Smith and Alasdair Stuart should feel justly proud of themselves.
The lots from the Pax Britannia team (made up of Al Ewing, Pye Parr and myself) raised £440.00! So congratulations to friends of this blog Steven Dean, James Newton and Matt Zitron - and to everyone else who placed a bid. 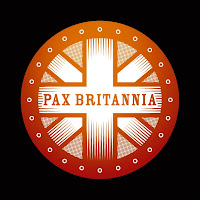 Meanwhile, Abaddon's editorial team (Jon Oliver, David Moore and the awesome Jenni Hill) managed to raise £660.00 between them. (Being minions of the Angel of the Bottomless Pit, I'm surprised they didn't raise £666!)
For my sins, I now need to work out how I'm going to fit the name Matt Zitron into my latest Pax Britannia adventure Time's Arrow!
So, until next time...
Posted by Jonathan Green at 10:04 am 1 comment:

Posted by Jonathan Green at 11:26 am No comments: